From Ignored Ubiquity to Design Classic: the Art of the Blank VHS Tape

When Matthew Jones was a teenager, he would regularly purchase packs of blank VHS tapes at the Walgreens opposite his house, or sometimes at a local Blockbusters or nearby K-Mart. Like many of us who were around before the permanent sense of indecision catalyzed by on-demand, Jones grew up making off-air recordings, editing deck-to-deck, and hoarding VHS tapes. He didn’t really appreciate the aesthetics of the blank tapes that he was using, though. They were functional, with ubiquitous cardboard slips, rainbow ribbons, flashy triangles, and loud gradients.

As an adult, Jones took a job at a business that made its money transferring old family films and tapes to DVD and file. It was here that he realized that many of the VHS tapes he looked at day after day were actually quite stunning; their thin grey strips quite elegant, the variety of designs almost ingenious. “I found myself slowly noticing more and more design details, and I wondered who these designers were,” Jones says.

When the company he worked at acquired a commercial printer with a scan bed on top, Jones began to scan tapes. Looking around on Google, he saw hardly any high-resolution images of these little pieces of everyday ephemera. There were plenty of horror and VHS box art scans, “but no love for the lowly home recording tape box that had been part of so many homes and families.” From this realization, the Vault Of VHS was born, a blog dedicated to the design of retail VHS packaging for both home and pre-recorded tapes.

To date, Jones has amassed and identified over 400 unique designs. No two are the same, though many look it. The exact years of most tapes are hard to determine, but from the few tapes that do have design dates on them, we see the collection ranges from late 1979 to around 2003. There’s something captivating about this trove of rainbow wheels, thin grids, stretched sans serifs, 3D type, and radiant orbs floating above pools of undulating liquid. The packs are curious, because for objects that contain very little information—simply minutes, format, and company—they’re so heavily designed. Designers at the time were evidently given a lot of creative license with these products, and because they were dealing with a small amount of content, they found flashy and engaging ways to stand out. While at the time VHS tapes might have felt stale and ordinary to the everyday consumer, today, their designs have the same appeal of heavily graphic posters, where color and typography come together purely for the sake of it, rather than to communicate a specific message.

By far the most common VHS motif is straight rainbow lines. “Some seem to say, obviously, ‘three colors make a tv signal’ or ‘color means quality’,” says Jones. “But others seem to be design holdovers from a previous era, relying on muted yellow, orange, and brown as a rainbow, harking back to a disco era the lead designer or design team couldn’t quite shake as they were dragged, kicking and screaming, into a new decade. The multicolored bands fascinate me endlessly. They can look futuristic, but with just the wrong tilt, or slightly varied color palette—even for the time—instantly archaic. You’ll pardon the pun, but it’s a fine line to walk.”

Here, Jones takes us through a number of designs from his Vault Of VHS Tumblr. Think of it as one of those ‘best-of’ countdown shows that video was so perfectly designed to preserve, if it happened to coincide with an unmissable episode of Saved by the Bell.

“Aside from some color changes here and there depending on grades and flavours of tape, the Scotch/3M VHS designs seemed to stick to safe ground, a gradient rainbow ball, usually set on a lined background. The only other manufacturer that stuck to one tweaked design for most of their tapes was Polaroid with their five bar rainbow design.

“What really and truly made the Scotch tapes stand out to me is that the simple theme of the round ball on the lined background evokes the quintessential image in my mind of a VHS tape. While not my favorite, when I think about VHS itself, or popping a blank tape in to record something back in my youth, I think of the Scotch VHS design. Like the next tape, everybody had one of these at one time or another.”

“Like its common luminary, the Scotch VHS, the RadioShack Supertape could be found in nearly any house in America at one time or another. While other store label tapes would certainly be found next to them, the Supertape reigned. The simple clean lines mask a brilliantly thought out design. As the old saying goes, ‘keep it simple.’

“Though many other tape manufacturers used a similar theme of straight colored lines on simple backgrounds, the Supertape manages to capture with its slant and its peppy yellow font both the feeling of the ’70s yesteryears, and the new decade to come; a feat not so easily achieved by other designs with similar themes.”

“When it comes to high quality tape, Akai was one of the kings, and this tape lets you know it. Not everyone could afford these higher-end cassettes, but those that could enjoyed the high-tech looks, immaculate performance, and Japanese designs of this Tokyo based company, heavily evoking images of ’80s Japanese assassin comics, Akira’s motorcycle, or Neo-Tokyo.

“The velvety plastic slip sleeve oozes luxury, with the design only ruined by the see-through feature, revealing the tape and label within. I could never afford these myself for regular use, but when I wanted to archive something special, these or AGFA cassettes were my first choice.”

“No other design in the collection screams ‘1992!’ like this generic, manufactured for Walmart VHS. This Afro-centric design is unlike almost any other sleeve theme I have ever come across.

“Growing up on the east side of TOWN NAME REDACTED, I swear the yellow/black alternating dash-in-line bars and arrows were on actual pairs of balloon pants at my high school. While younger folks these days may think the Jazz cup design is cool enough to put on a shirt, I’d rather take the tape design seen here, redone on a pair of high-top sneaks.”

“Speaking of store brands, let’s talk ‘off-brand’. I’ve such a hard time narrowing this whole archive down to five tapes, but I will restrain myself to one sentence each on these next four, my oft-favorites—the ‘generic’ or small-label brand tapes, and their weird wonderful designs.

“A) The tape to the left reeks of 3D graphing fields and one-issue Batman team-ups. 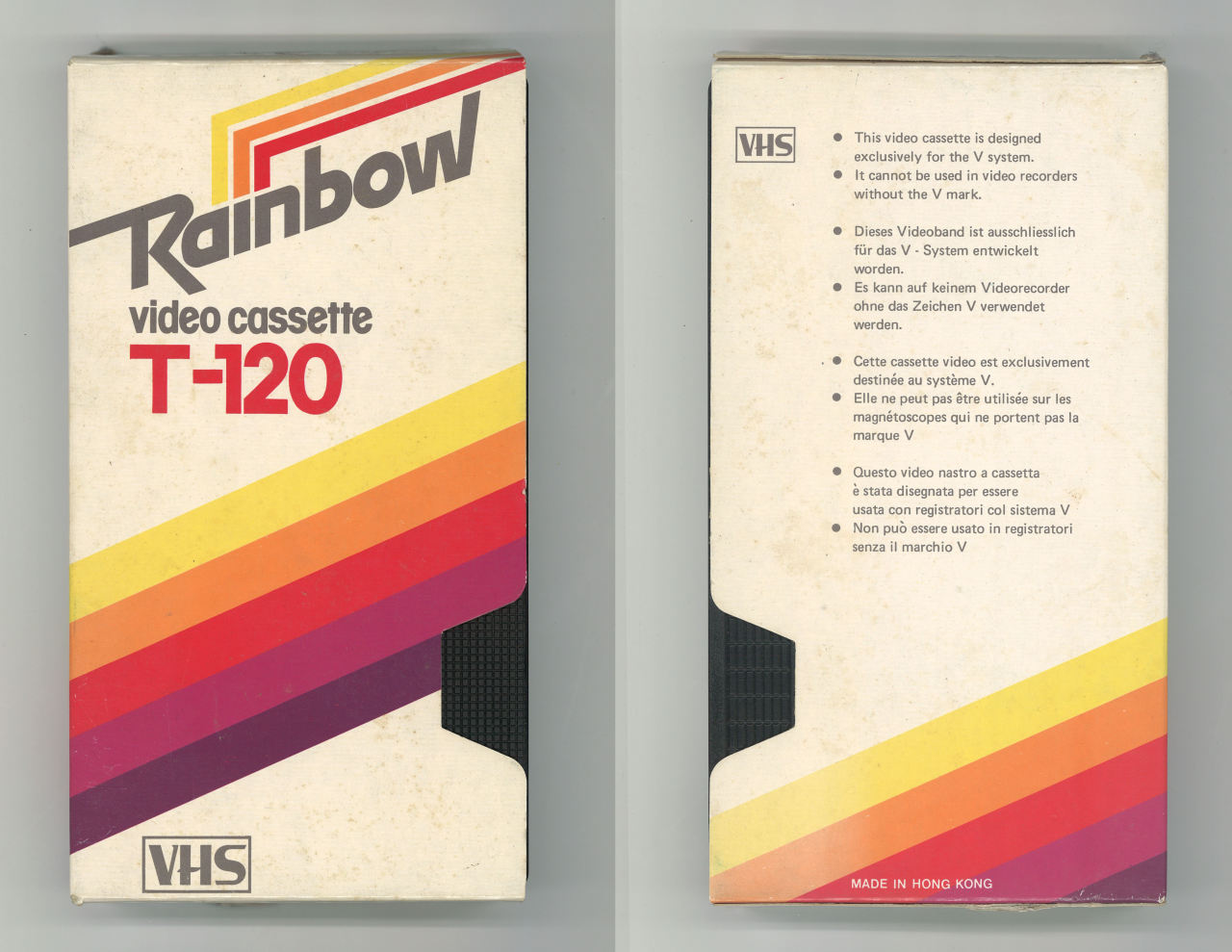 “B) Not caring about updating looks, this skiing-jacket-turned-VHS-tape practically shakes its Farrah Fawcett curls at you. 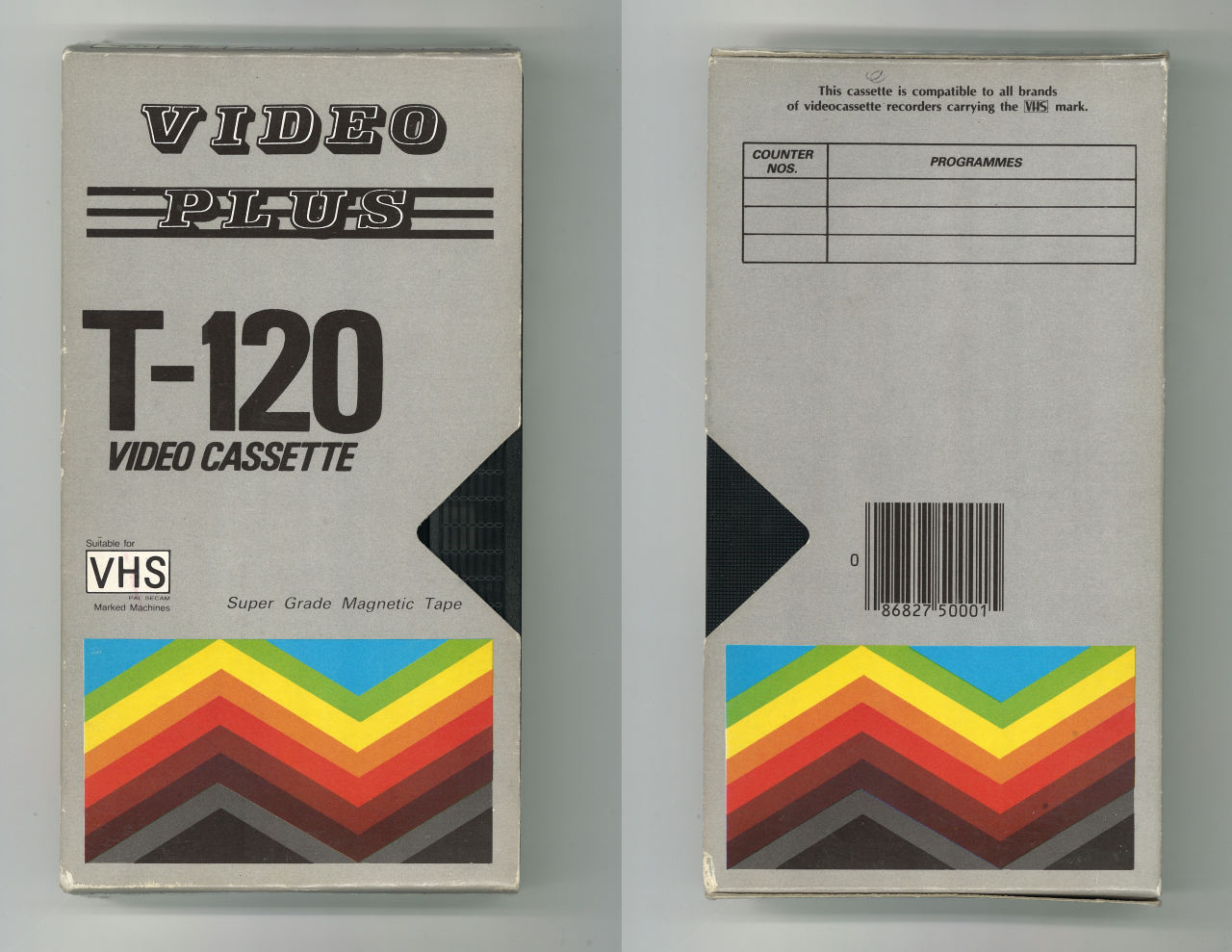 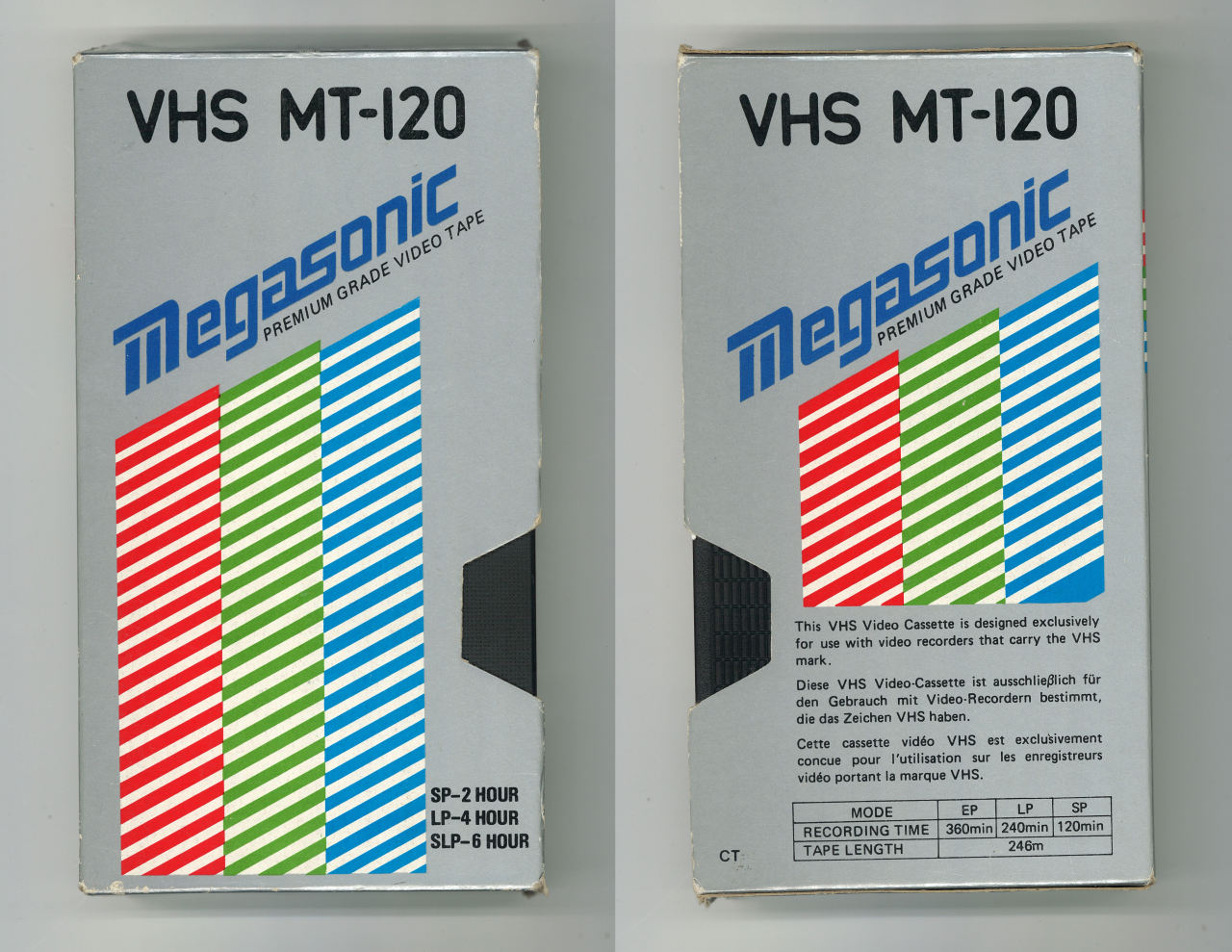 “D) Hands down, my favorite tape of all time is Megasonic, not only for the eye-hurting design perfection, but also because I can’t decide if it would be better as a band name, or a Transformer… Mmmm…”

In Memory of Colin Forbes, Celebrated Co-Founder of Pentagram

Colin Forbes, who passed away just a little more than a week ago, was a key part of the design…

Shine a Light: Exposure Sculpts Alphabets from Light and Shadow

Name: Exposure Designer: Federico Parra Barrios Foundry: 205TF Release Date: April 2022 Back Story: If you are not a recent…

When the first issue of Tradeswomen first appeared in subscribers’ mailboxes in 1980, they were “delighted,” said Molly Martin, its…

Belgian Graphic Design Is a “Crossroads of Influences”

In many ways, we’re living in the golden age of graphic design histories. All over the world, designers, historians, and…

Fleur Cowles and the Making of Flair, History’s Most Beautiful Magazine

The Era of Rebellious Web Design Is Here

You might remember Gawker as an aughts-era blog with all the visual hallmarks of that moment’s web design trends: bright…

Monospaced Fonts Glance in the Rearview Mirror, Then Look Towards the Future

In the last few years, monospaced fonts were suddenly making appearances in editorial and advertising design, showing up everywhere from…

The Filtered Photo Revival Is a Sign of the Times

If you take a quick look at Olivia Rodrigo’s documentary-film Getting Home 2 U, the cinematography of Euphoria’s second season,…

When Virginia Woolf first published her experimental novel Jacob’s Room in 1922, reviewers recoiled at the cover.  Her older sister—the…

When horticulturist Warner O’Keefe published his annual seed catalog in 1870, he wrote, “We hope, not only prove a valuable…

From Ignored Ubiquity to Design Classic: the Art of the Blank VHS Tape

When Matthew Jones was a teenager, he would regularly purchase packs of blank VHS tapes at the Walgreens opposite his…

In Memory of Colin Forbes, Celebrated Co-Founder of Pentagram

Colin Forbes, who passed away just a little more than a week ago, was a key part of the design…

Shine a Light: Exposure Sculpts Alphabets from Light and Shadow

Name: Exposure Designer: Federico Parra Barrios Foundry: 205TF Release Date: April 2022 Back Story: If you are not a recent…

When the first issue of Tradeswomen first appeared in subscribers’ mailboxes in 1980, they were “delighted,” said Molly Martin, its…