What These Rejected Designs Reveal About the Ones That Made It

Like it or loathe it, publishers and consumers really do judge a book by its cover

Sat in a dark lecture hall one evening at the St. Bride’s Foundation in London, editor and founder of D&B books David Dunn became enthralled by a series of slides featuring rejected and discarded book cover designs. “These covers are great, it’s such a pity nobody gets to see them,” he said. A year later, and Dunn has righted that wrong by releasing his ode to designs that never made it: No, No, No, No Yes: Book Design Uncovered, a tome that features 100 unused covers and 25 finals. Across its minimal pages, it reveals four rejects by a designer, followed by the version that made it. Not only does the eclectic selection hint at the countless designs that are rejected in publishing before something is finally agreed upon, but it also reveals the individual process of each creator.

Like it or loathe it, publishers and consumers really do judge a book by its cover: the right design can make a huge difference for sales. The design for No, No, No, No, Yes itself plays on this idea: readers can choose from five different covers depending on how they fold—or remove—the dust-jacket, so that means there’s four Nos and one Yes. Dunn takes us through five of his favorite rejected covers from inside the book, alongside the client’s final selection.

1
In The Fall They Come Back

“The photo that Bárbara Abbês used in one of her rejected covers very much reminds me of the New York street photography of Joel Meyerowitz and a young Stanely Kubrick—the fashion, the innocence but also the slighty voyeuristic quality. It hints at the book’s content about a student/teacher relationship, which could be intriguing or titillating to the potential reader.

“The final cover (below) was ultimately chosen because of that slightly borderline reading, and the styling of the girls fixes the book in a definite period but also age of the protagonists. The photo captures an essence that the more graphic alternates don’t quite match.” 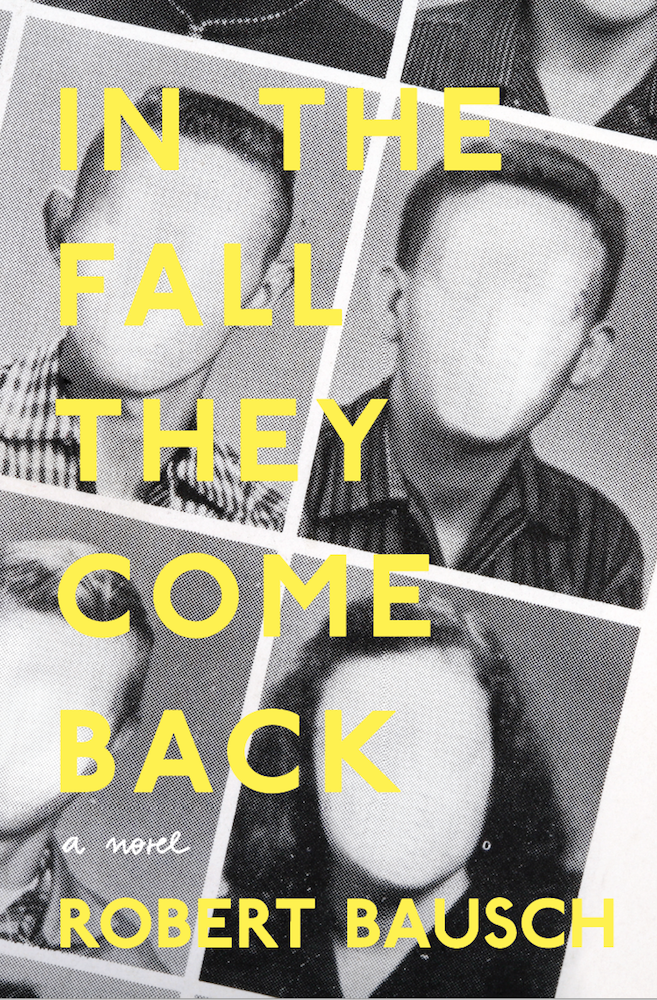 “This cover for a recent Brazilian re-issue of this classic novel about dictatorship taking advantage of political apathy seems all the more pertinent in the era of Bolsonaro and Trump. Designer Carlos Di Celio wanted to subvert and deconstruct the American flag, often used as a symbol for democracy and freedom but also corrupted as a signal of political fascism and nationalism. His unused covers pull apart the stars and bars and re-purpose them as barbed wire.

“The fives covers that Di Celio designed are very much of a theme—playing around with the traditional notion of the American flag and re-configuring it to make a new statement. The final design (below) literally has the flag in pieces on the floor: a powerful visual representation of the message that Sinclair Lewis was imparting within the pages.” 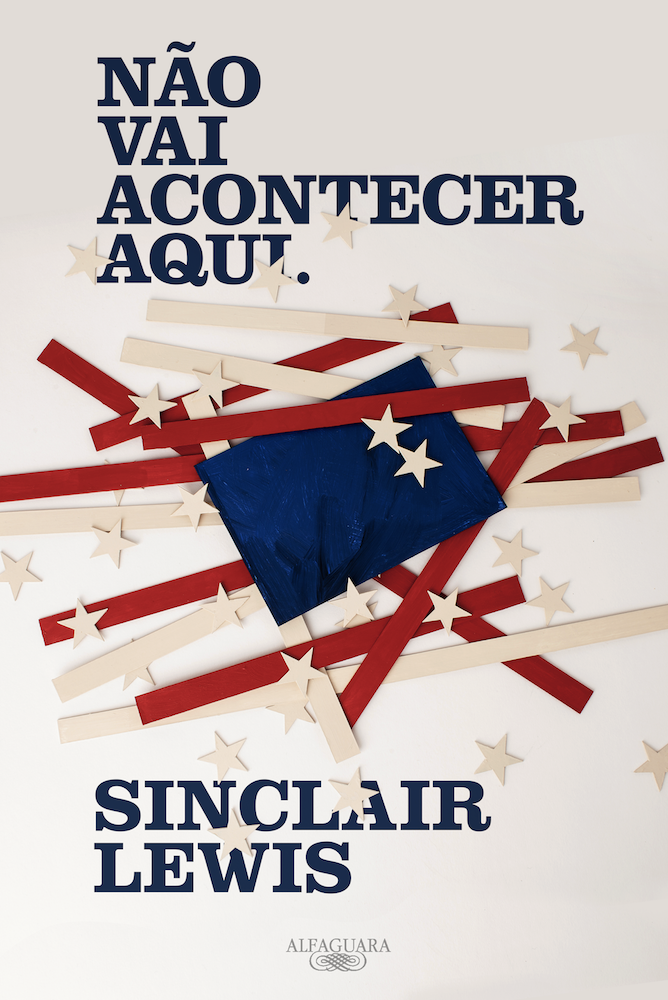 “I love this cover because you could strip away the text and probably still guess the contents. Nik Neves is an illustrator first and foremost, his work is so colorful and alive. His series of covers in the book don’t change radically between versions but he plays around with the color palette (from a muted color scheme to almost neon bright) to achieve the finished design.

“Neves’ submission was very much a case of try, try and try again. Perseverance is a key trait to all good design and sometimes repetition brings out the right result. The final cover (below) is bright but not too bright, the result of experimenting with difference tonal combinations.” 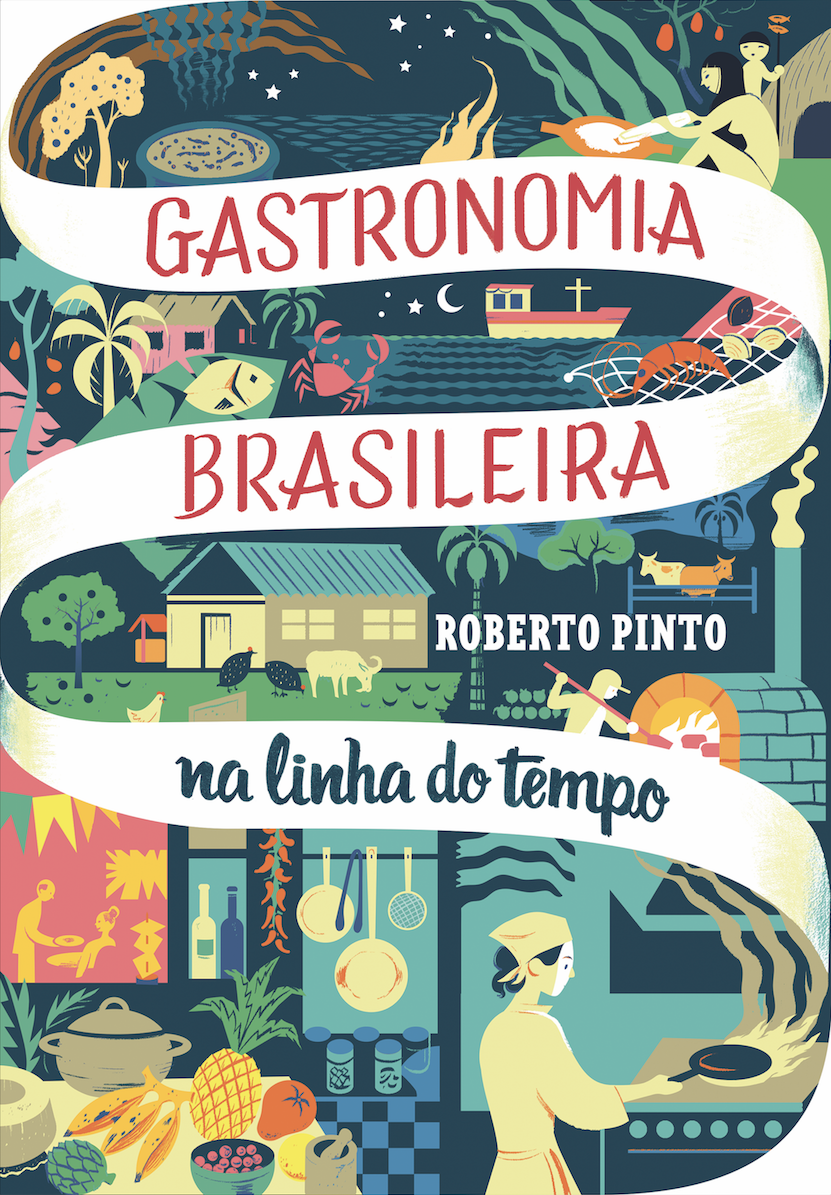 “I was already aware of Charco Press from their books covers alone, so I was thrilled that Pablo Font submitted. Charco is a small independent press based in Edinburgh, which specializes in Latin American literature in translation. Pablo designs all their covers and I love the consistent aesthetic of their books—earthy colors, abstract shapes. I like this rejected cover because it’s busier and more suggestive than the more refined final version. It’s a pair of breasts in a bikini top, unless I’m very much mistaken? I also love the fact that a graphic designer has Font as a surname!

“Font’s final cover is much more stripped back and clean—the silhouette of a lipstick but in unusual earthy, dark colors. His success with Charco Press is based on a template and this stripped down, more abstract cover fits neatly in with the other series of books already published using Font’s artwork.” 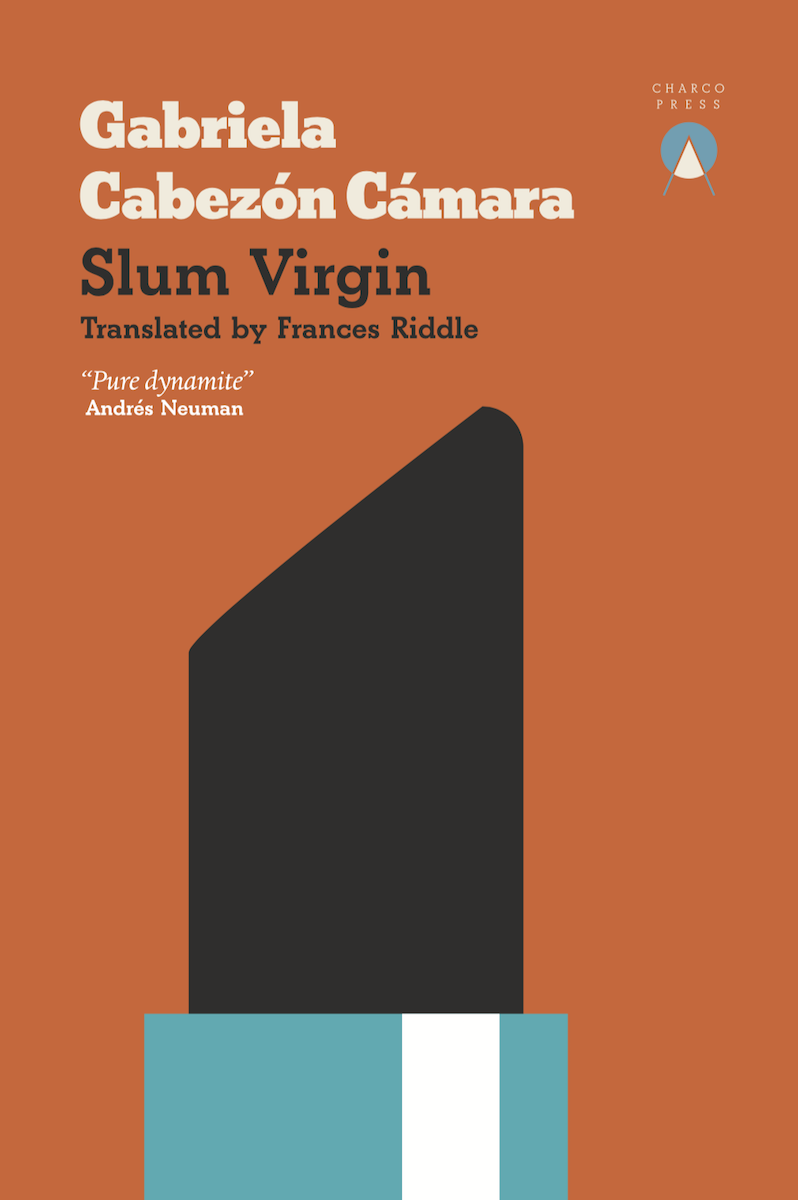 “My publishing house owes a great debt of gratitude to public transport design as our first book was a re-issue of a book by Edward Johnston, who designed the font still used on the London Underground and also the famous blue circle and red bar roundel. All of Theo Inglis’s covers are bright and busy—they are a celebration of a defining era of British design. Maybe 10 to 15 years ago, this book would have been a niche manual with a very workman-like cover.

“Inglis’ final cover is actually not too dissimilar to the rejected one—it has the same grid pattern and replicates many of the same symbols used. The final cover is much busier, which mirrors the content of the book, which contains such a wide range of graphics and design uses across the British rail network.” 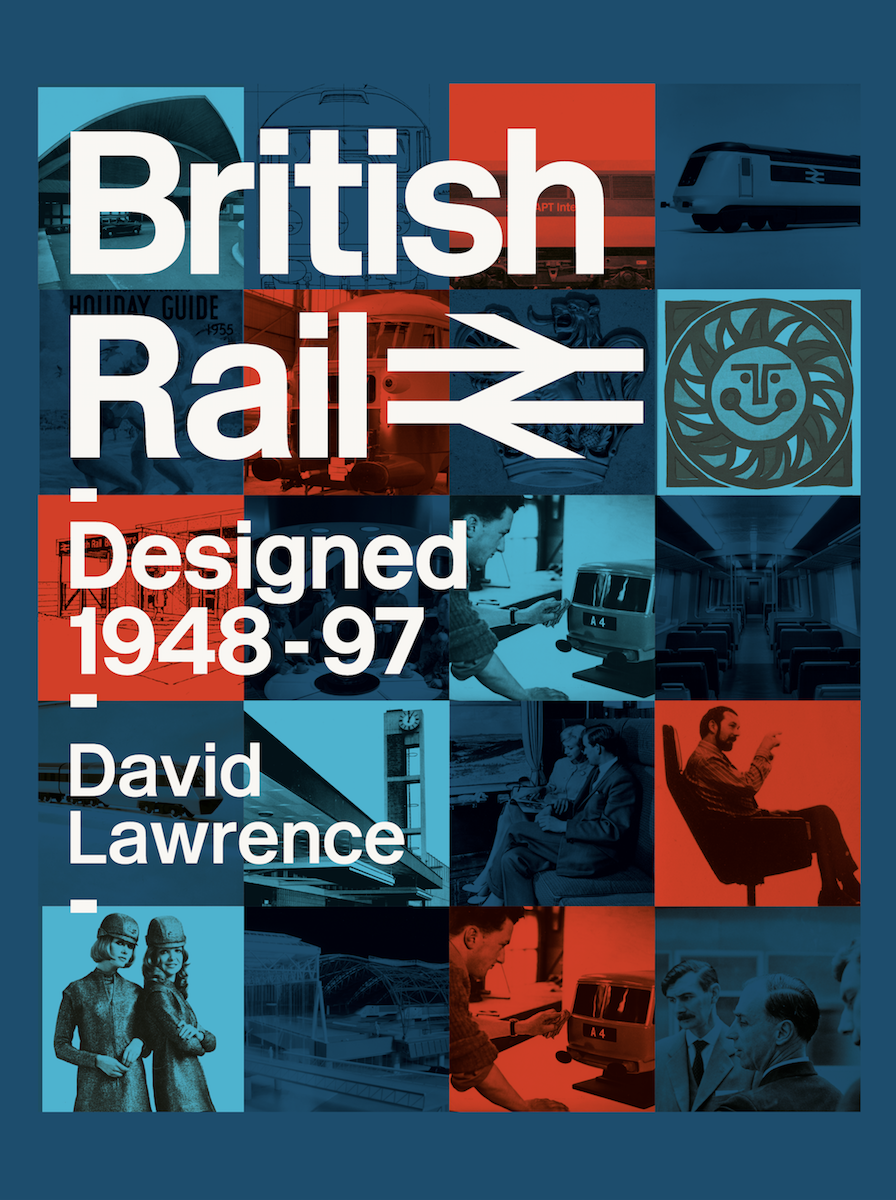 Welcome to the Fanatical and Lucrative World of Baseball Card Design

Toward the end of my call with New York artist Blake Jamieson, I could hear the unmistakable rattling of a…

Torrey Peters’s Detransition, Baby (designed by Random House’s Rachel Ake Keuch) has been one of the most consequential pieces of…

The Rebellious and Revolutionary Work of Designer Eiko Ishioka

For Eiko Ishioka, one of Japan’s most groundbreaking designers, creativity was an amorphous, fluid medium that she dipped into, gently…

Ritu Ghiya is an artist, designer, and web developer. She helps design Sounds About Riso, a risograph fair founded by…

A Snapshot of the Design Industry in Five Graphs

The design industry can feel like a black box, especially when it comes to finding a job and getting paid.…

Michael Gericke on Maintaining Pentagram’s Rep, His Biggest Regrets + How He Nearly Became a “Ski Bum” Instead of a Designer

Michael Gericke’s storied career could be seen as the result of a combination of skill, enthusiasm, and a series of…

Many of the Design Community’s Gathering Places Shuttered During the Pandemic. What Did We Lose?

There’s a quote, perhaps apocryphal, from Massimo Vignelli that you’ll sometimes hear from alumni of Cranbrook Academy of Art’s design…

What are you seeing? The ’90s are back. The 1890s, that is. Turn of the century inspired typefaces (we’re calling…

Cem Eskinazi on “Aggressive Serifs,” Psychedelic Shapes + Bringing Some Softness Back Into the Visual Landscape

On first sight, Mantar is a jovial typeface family. High-contrast, serif-forward, wide-faced, with details that seem to jump from letter…

“Where Are All The Black Designers?” A Roundtable Discussion

The day before Juneteenth was commemorated as a national holiday, recognizing for the first time, as a country, the day…

What These Rejected Designs Reveal About the Ones That Made It

Sat in a dark lecture hall one evening at the St. Bride’s Foundation in London, editor and founder of D&B…

Welcome to the Fanatical and Lucrative World of Baseball Card Design

Toward the end of my call with New York artist Blake Jamieson, I could hear the unmistakable rattling of a…

Torrey Peters’s Detransition, Baby (designed by Random House’s Rachel Ake Keuch) has been one of the most consequential pieces of…

The Rebellious and Revolutionary Work of Designer Eiko Ishioka

For Eiko Ishioka, one of Japan’s most groundbreaking designers, creativity was an amorphous, fluid medium that she dipped into, gently…